Captain Marvel is a 2019 American superhero film based on the Marvel Comics character Carol Danvers. Produced by Marvel Studios and distributed by Walt Disney Studios Motion Pictures, it is the twenty-first film in the Marvel Cinematic Universe (MCU). The film is written and directed by Anna Boden and Ryan Fleck, with Geneva Robertson-Dworet also contributing to the screenplay. Brie Larson stars as Danvers, alongside Samuel L. Jackson, Ben Mendelsohn, Djimon Hounsou, Lee Pace, Lashana Lynch, Gemma Chan, Annette Bening, Clark Gregg, and Jude Law. Set in 1995, the story follows Danvers as she becomes Captain Marvel after Earth is caught in the center of a galactic conflict between two alien worlds.

Development of the film began as early as May 2013, and was officially announced in October 2014, making it Marvel Studios’ first female-led superhero film. Nicole Perlman and Meg LeFauve were hired as a writing team the following April after submitting separate takes on the character. The story borrows elements from Roy Thomas’s 1971 “Kree–Skrull War” comic book storyline. Larson was announced as Danvers at the 2016 San Diego Comic-Con, with Boden and Fleck brought on board to direct in April 2017. Robertson-Dworet soon took over scripting duties, with the remainder of the cast added by the start of filming. Location shooting began in January 2018, with principal photography beginning that March in California before concluding in July 2018 in Louisiana. Jackson and Gregg—who, among others, reprise their roles from previous MCU films—were digitally de-aged in post-production to reflect the film’s 1990s setting.

Captain Marvel had its world premiere in London on February 27, 2019, and was theatrically released in the United States on March 8, 2019, in IMAX and 3D. The film has grossed over $789 million worldwide, making it the highest-grossing film of 2019. Critics described it as “entertaining, enjoyable and savvy” and praised the performances of Larson, Jackson and Mendelsohn.

Digital Domain, One of our favorite scenes from Captain Marvel. Check out our work on the Skrull transformations!

Shout out to all the Digital Domain artists who created the awesome environment for this Canyon Chase Scene in Captain Marvel!

Luma Pictures was thrilled to join forces with Marvel Studios to deliver nearly 250 shots in the studio’s latest addition to the Marvel Cinematic Universe.

Trixter contributed 280 shots to the recent release of CAPTAIN MARVEL, marking its tenth collaboration with Marvel Studios, at its Munich facility.

Notes Justison, “One of our primary goals during early previs was to ensure physically accurate environments and shot design so that the shoot could be achieved practically, even if that meant building out huge swaths of 90’s Los Angeles. We worked closely with the locations and art department to ensure that our work reflected their latest plans, with the previs often serving as proof of concept for the designs. For scenes with substantial CG imagery, such as the space battle finale, previs provided a blueprint for the final visual effects. As we transitioned into post, our work focused on supporting the development of the edit, while also exploring new concepts pitched by the directors.” 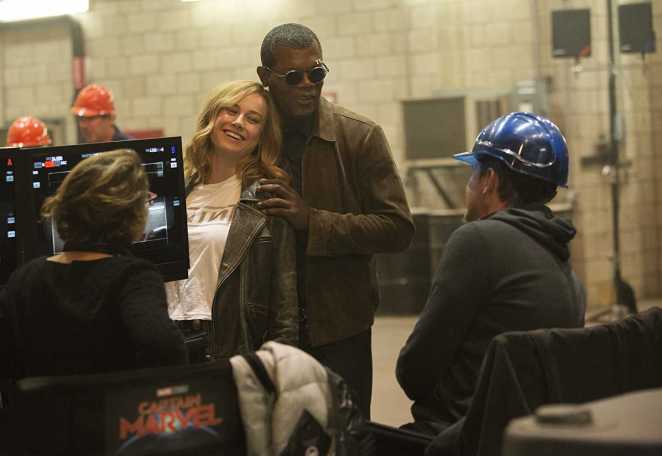 What do you think?

Browse and manage your reactions from your Member Profile Page

VFX Online, now writing with a focus on Visual Effects and Animation and Gaming, writing at VFX Online Blog since 2016. VFX Online in India.

This site uses Akismet to reduce spam. Learn how your comment data is processed.

VFX Online is Global Directory for Visual Effects and Animation all over the world. It’s Online Media.

Your password reset link appears to be invalid or expired.

To use social login you have to agree with the storage and handling of your data by this website. %privacy_policy%

Send this to a friend